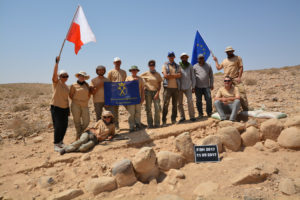 Field works of Polish research project in the southern Jordan has been proceed between 28th of August and 12th of September, 2017. Archaeologists and geologist from the Institute of Archaeology of the Jagiellonian University in Cracow (Poland) conducted surface survey and test excavations in the desert area in the vicinity of Faysalliyyah village, in the Shawbak directorate.
During 2017 prospection 2 zones (A nd B) with traces of human activity from prehistoric times were distinguished. They are all described within the trenches which were created in the beginning of the season. Within those zones 75 pottery pieces and around 5000 flint objects were found. Also 2 stone pednants were identified. Those artefacts were revealed both during the surface prospection and excavation procedures. According to the distribution of the artifacts and comparing the archaeological evidence with the geological observations it is worth to mention that the surveyed area was probably used for settlement and farming activities. In several places the traces of stone structures were observed. Those were mostly stone walls and fences as well as stone circles and hips.
As for the objects revealed during 2017 season it is worth to underline that the huge number of flint tools (smaller amount of pottery) detected on the prospection area seems to be a proof of the intensive using of this terrain in prehistory – specificly during the Paleolithic – Neolithic periods. Some of the artefacts may be also dated to the Bronze Age. The most interested objects are probably related with the Stone Age (Paleolithic and Neolithic) which is very commonly represented on this area. It can be probably linked to the PPNB – PN cultures, represented on the area of Jurf, published before by some scholars. Also during the 2017 season 2 structures were cleared and partially excavated. Further parallel studies will be proceeded during next months. 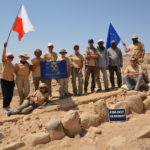 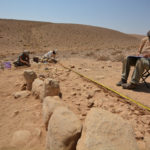 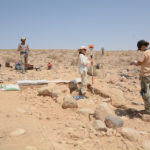 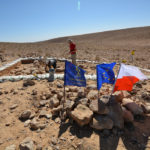 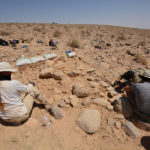 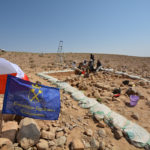 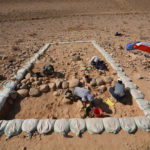 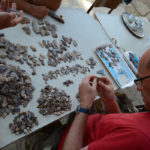 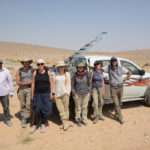 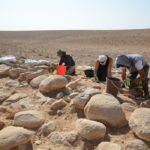 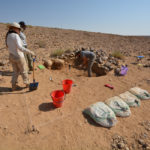 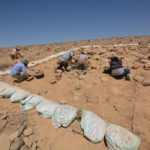 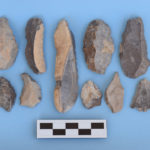