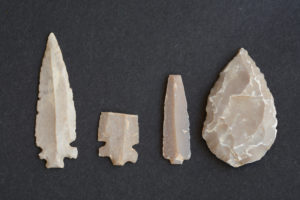 Field works of Polish research project in the southern Jordan has been proceed between 15th and 27th of September, 2017. Archaeologists and geologist from the Institute of Archaeology of the Jagiellonian University in Cracow (Poland) conducted surface survey and test excavations in the desert area in the vicinity of At-Tafileh city, in the At-Tafileh directorate.

During 2017 prospection 2 zones with traces of human activity from prehistoric times were distinguished and preliminarly prospected. The first zone was the place on which the small trench (2.5×2.5) was established. Within this trench 297 pottery pieces and around 300 flint objects were found. Also in the mentioned trench the stone wall and several smaller stone fences were discovered. It seems very clear that we are dealing with the relics of settlement structures which should be examined in the coming years.

The second zone was the area of conducted surface syurvey within the Munqata’a area, on which around 300 flint artefacts were collected. As for the objects revealed during 2017 season, both during excavations and the surface prospection, it is worth to underline that the huge number of flint tools but also the high amount of pottery (also with traces of coloring) detected on the prospection area seems to be a proof of the intensive using of this terrain in prehistory – specificly during the Neolithic period. Some of theb artefacts may be also dated to the Bronze Age. The most interested objects (eg. Arrow heads or pottery fragmenst) are probably related with the Pottery Neolithic (PN) which is very commonly represented on this area and oin our preliminary opinion can be related with the Yarmuk Culture, which  representes the first stage of pottery, farming neolithic communities on this area. We are planning wide studies on this problem in the next years. After the field season 2017 time we are planning more specified analysis and studies, which will be finished by full report as well as publication of seasons results, but the most important is to continue the excavations and to protect the area against the looting activities, which are very clearly visible on the surface. 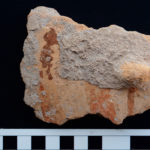 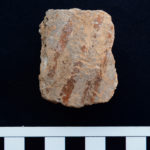 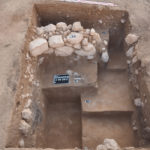 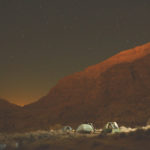 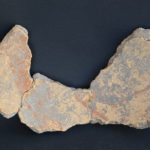 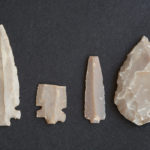 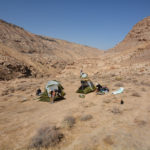